When I first moved to the Bay Area and was making the rounds of print studios and galleries, many people asked if I was related to John Winkler. Little did I know that a couple years later I would meet him and print for him. Representing Kala (then on Adeline St.), Nakano and I met him and his wife, Elizabeth, who were looking for someone to print his plates for his upcoming retrospective at the Brooklyn Museum. We had at least one wonderful lunch at their house. He had had a stroke and could barely speak, but could tell dirty jokes and followed the conversations, telling us some of his etching techniques, as he often etched plates en pleine air. We saw his studio and his amazing inlay boxes. Nakano was the main printer and in charge of this large printing job at Kala, with a small crew of 2-4 printers, other friends and myself included. All the prints I own are from this job. John passed away shortly before the retrospective opened.

Later, Elizabeth and her son hired me occasionally to do printing demonstrations at the studio in their house in El Cerrito when they had Open Houses to sell prints (previously printed). Elizabeth also made some etchings, quite different in technique and subject from John’s. 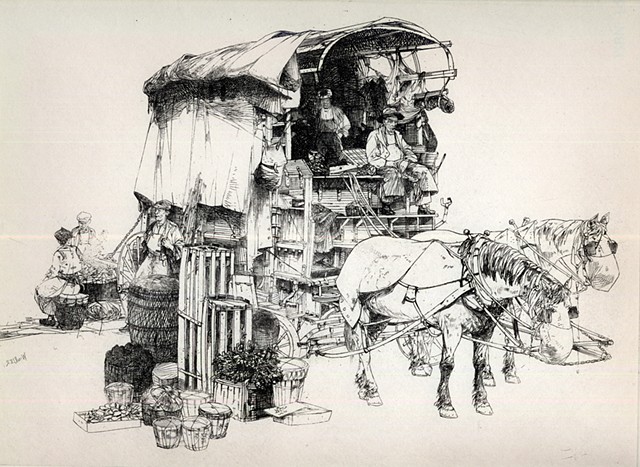 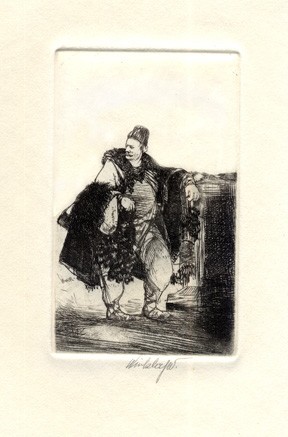 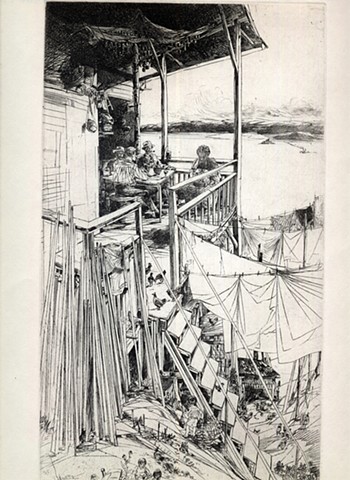